“War Live” is among the few European films that can stand comparison with Hollywood Movies.” —Variety

We find producer SERGEI (Dragan Bjelogrlic) and his film crew (Bata Zivojinovic, Vesna Trivalic, Milorad Mandic…) in a disastrous situation — the film they’re making is under threat — there’s no money to be found anywhere, the bank accounts have been frozen, the crew are dissatisfied — and bombings are just around the corner. Then MILETA (Aleksandar Bercek) — a member of the State Security Service comes to the studio looking for Harvey – the American co-producer of the film and Sergei’s friend. Anxious and worried, in the midst of the bombing that has begun, Sergei hides Harvey from what he thinks is awaiting him— arrest. That evening, in his flat, he thinks up a plan that should solve their problems. He calls a press conference where he announces the start of filming on a new, brave patriotic film — in which the main role will be played by his American friend —HARVEY JACKSON (Daryl Haney). The plan works — the State supports the film and Mileta, as the State’s representative, becomes an almost inseparable part of the film crew and the guardian angel of the whole project. However, the underlying conflict between Mileta, Sergei and the team explodes while viewing the first serious screening of the film. Mileta accuses them of being artists, not sharing in the fate of their country, and not being patriots. Once again, the film is under threat. Sergei begins to fear that he’s endangered not only the film but also the lives of the whole crew. His concerns become a reality when the director of photography is killed. Perception and reality, life and death all get confused when the bombs start falling. 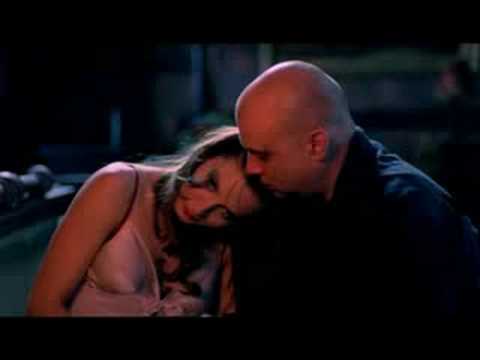