He took on the mob. He took down the terrorists. And now, after losing his family, his honor and his tenuous grasp on reality, Moscow’s most feared criminal investigator takes over right where he left off, blurring the lines between lawful conduct and lethal force, on an intensely violent quest for justice.

In this third installment of the popular ANTIKILLER series, Major Philip I. Korenev, nicknamed “Fox”, cracks under the pressure of losing his wife, his humanity and his honor, and has checked himself into a psychiatric clinic where he struggles to regain some sense of a normal existence. Tracked down by a desperate banker whose fortune has been hacked out of his account by a brother and sister revenge scheme. The banker pulls Fox out of retirement and hires him for his special skills and unorthodox methods. Fox soon find’s himself back on the mean streets, in the sordid world of deadly deals and double-crosses that already have driven him to the brink of madness. Saddled with the banker’s female assistant, the beautiful and sharp-tongued, Katya, Fox searches the underworld for a fortune in stolen mob money and winds up in the cross-hairs of a mysterious motorcyclist, the tambourine killer. He’s a ruthless mastermind believed to be the son of the murdered mobster, Shaman, and hell bent on revenge.

Without the medication that keeps him tethered to reality, Fox becomes increasingly unbalanced, as past and present, fact and fantasy lead him closer and closer toward a brutal and bloody encounter with the sins of his own dark past.

As befitting the poetic paradox that is the life of the Antikiller, it is only his life-saving love for Katya that ultimately redeems the tragic Fox, while cruelly condemning him to a future without a past. 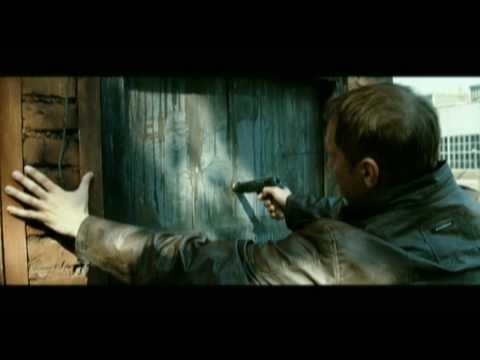