Thomas Anders (Rupert Friend) is a young war correspondent driven to the field by personal demons. Finding calm only amidst the chaos of war, he and his long-time cameraman, Sebastian (Richard Coyle), roam the world’s conflict zones, more addicted to the experience than caring about the particulars of the story they’re covering. Hearing of rapidly rising tensions between Georgia and Russia over the breakaway region of South Ossetia, Anders and Sebastian travel to the Georgian capital of Tbilisi. There, they join three long-time colleagues (Val Kilmer, Kenneth Cranham and Antje Traue), who are covering the deepening diplomatic crisis engulfing the Georgian government, led by President Mikheil Saakashvili (Andy Garcia).

As war breaks out, Anders and Sebastian narrowly escape a bombardment near the conflict zone in South Ossetia, and are able to film the aftermath. But they are startled to find the world media largely uninterested in the war, preferring to cover the Olympic Games underway in Beijing. Realizing they need a personal story to make the world care, Anders and Sebastian agree to help a young local woman, Tatia (Emmanuelle Chriqui), find her father and sister, who have gone missing.

But the story they uncover becomes more personal than Anders and Sebastian ever imagined, as they become trapped in a rural village, where they record evidence of war crimes perpetrated by volunteer militiamen led by an ominous mercenary known only as Danil (Mikko Nousiainen), who has entered the country with a Russian unit commanded by charismatic but war-weary Colonel Alexander Demidov (Rade Serbedzija).

Through the help of a Georgian Captain (Johnathon Schaech) and his men, who have become separated from the now retreating Georgian Army, our group is able to flee the area and be reunited with their fellow journalists in the besieged city of Gori, where they must fight to get the footage out, a quest that may cost all their lives as the tide of war finally catches up with them. 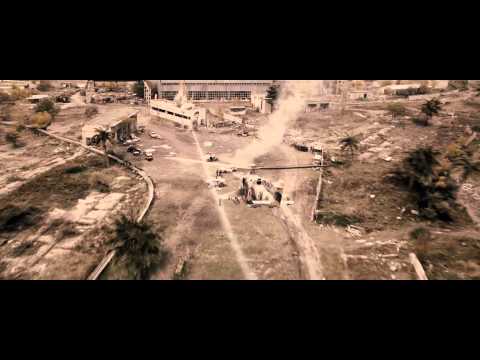